This past weekend, we met up with veteran BeautifulYouth Project model Max for a shoot on a beautiful sun-drenched morning. 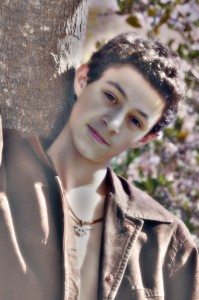 As we approached the shoot spot (a place where we’ve shot Abra/Kadabra and Piper Rose in the past), we were affected first hand by the terrible drought that California is now suffering.  Where there used to be lots of water and green lakeshore vegetation… we were greeted by a seriously receding waterline and plenty of dying grasses and trees.

Max took it in stride, and we began the shoot – watching Max channel Hunter S. Thompson in sunglasses and a wild print.

We then decided to pull up stakes and look for a cooler spot (even though it was barely 9 a.m., the temps were already climbing into the 90s)… and we found a lovely oasis of a park a few miles down the road, where Max finished out his shoot with his usual style and elan.

Max’s looks have certainly evolved and changed over the past few shoots, and this time is no exception… Max is now several inches taller (even compared to his last shoot in May), leaner, and has the “look” – in addition to his dancing and acting skills – one of the reasons he is in such demand as an actor for nearby regional theatre productions. 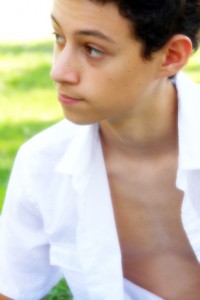 We look forward to what Max will bring next!