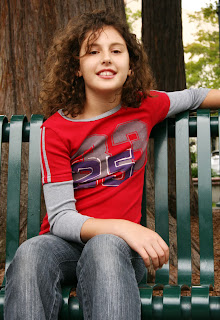 The BeautifulYouth Project is happy to announce the first shoot from one of our new models, Tal. Tal is 9 years old, and, though experienced in acting work, this is her first experience with modeling for the camera. You wouldn’t have been able to tell that from her confidence and poise during our shoot this past weekend.

It was an overcast and cloudy weekend- recovering from our unseasonable rains- we weren’t sure at first if we would be able to do the shoot as planned. And then fate dealt the shoot another blow. The county park where we were scheduled to shoot (a gorgeous park where we’ve shot Courtney and Esther in the past) was closed without notice for a private event. 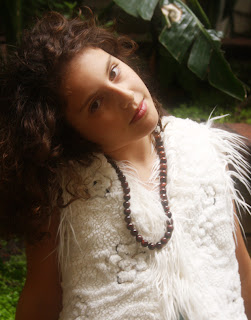 So, we went the flexible route and set out for the downtown area of a nearby hamlet… actually quite a charming park and shopping district served as our backdrop. Tal was unflappable through it all.

One of the great things that Tal brings is an amazing range of looks. From sportiness to sophistication to goofiness, Tal can change her look almost in an instant- definitely a huge asset in the modeling and acting worlds!

Tal will spend July traveling abroad, and then return in August for another (and hopefully more!) shoots for the BY Project! We look forward to it!

← Who IS That Model?
Amazing Eyes →